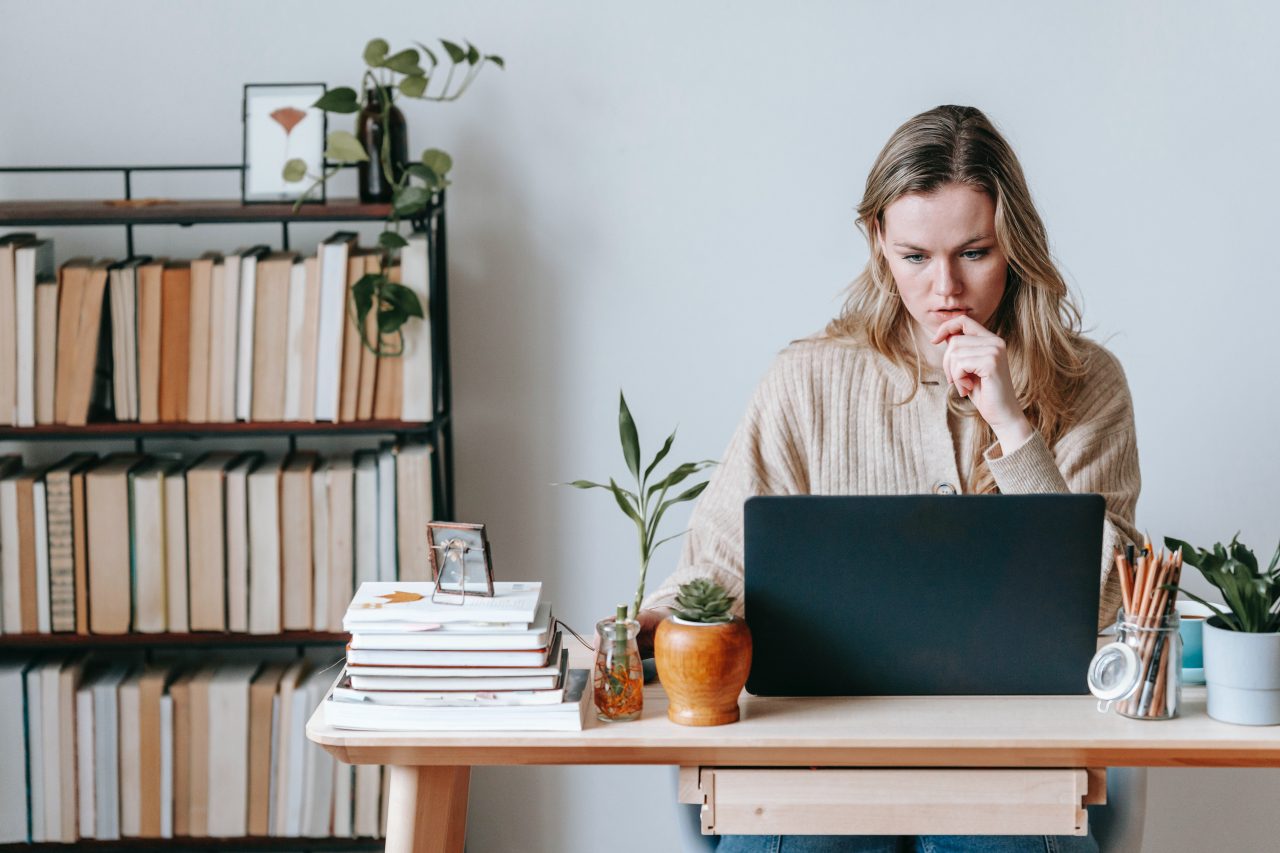 How many chances are there for a digital Shakespeare to be born?

Who in the last five years has passed to create content from offline to online has immediately collided with a discipline (or rather with a set of techniques) called SEO, Search Engine Optimization, namely that particular branch of digital that helps companies to position themselves among the first in search engines. The SEO is the result of the evolution of competition in the digital world, started by experienced developers and encoders has progressed as algorithms have progressed. So far, its evolution has given us a set of increasingly sophisticated rules in the content creation which are better to follow, if you don’t want to end up at the bottom of the pages of Google and therefore be invisible online.If you own an e-commerce, you want to launch a product online or you have a non-profit activity of any kind, you need to communicate. The more you communicate, the more search engines become familiar with your site or brand thus increasing your visibility.

The contents that appear on the sites are evaluated by Google through specific algorithms that rated their quality to decide where to place them in its pages and how much importance to give them. That’s why we created pages and pages of corporate blogs as well as personal ones. Enterprises, institutions and other organizations publish articles and news online on topics of all types. Notebly, not all articles are directly related to the sale of products and services, they just want to gain trust and authority over search engines. Hence the work of millions of content creators around the world who write about every topic every day to get noticed by Google.

As you can imagine, this is a fascinating area where professionals always looking for the latest innovation in SEO-related services such as linkbuilding, which helps to increase the visibility of a site or an e-commerce through the development of customized contents and positioning them in sites and blogs deemed strategic. This brings to mind the importance of every content created and published on the Internet and its effects.

Developing content to improve the SEO poses theoretical questions that have an important pragmatic implication: according to what the quality of a content is assessed and with it the visibility of a site ?

Google and other search engines reward different aspects. The amount for example, the more a site contains publications the more it increases in visibility, and updates, sites with newer articles rank better than sites with older publications. With the same quantity and update, what makes one content better than another or one text better than another? As a matter of fact perhaps, rather than talking about quality, we should be confined to visibility: articles and contents written for digital are considered valid as much as they become visible.

1. Contain certain keywords based on the search topic

2. Keywords occur during the text, as in the title

Keywords are the most typed based on a search topic. For example, if I do a search on “antioxidant ingredients”, Google will propose the most recent articles published by the most popular sites and blogs that have indexed those words and that recur several times in the text and title. Many times a blog publishes pages and pages of content on certain topics not because they will be read, but because the more content there is, the more the blog acquires authority. The web is full of digital pages that contain articles ultimately of almost nothing. Millions of content creators around the world get up every morning and compile pages and pages of texts in an attempt to beat their daily battle in reaching the best position in search engines. If we speak about form, then the first listed two rules do not correspond to the traditional ones of good text writing, to the point of being in conflict with having style and originality for the redundancy of concepts and especially of terms. It has happened to you to read online content optimized for SEO sometimes, do you ever feel that a text contains a very long introduction and that in the middle of the article has said very little? Probably the text was not even addressed to reading but only to be recognized by search engines. 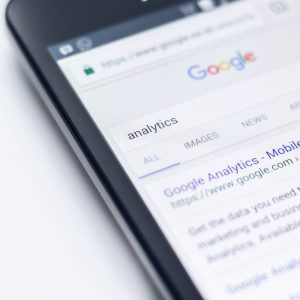 Desiring to better investigate the rules for writing a good article, Google uses the EAT paradigm which means Expertise, Authoritativeness and Trustworthiness to define when an article has quality. Among the criteria of this paradigm:

“Sites or pages without any kind of useful purpose including pages created with no intention to help users or that potentially spread hatred, cause harm, deceive or misinform people should receive the lowest rating”. Continuing “some types of information are found almost exclusively on forums and within discussions where a community of experts can provide valuable perspectives on specific topics”. Moreover, “the contents must be of quality, unique, complete, original and not duplicated by other sites or internal pages”.

About competence, it’s intuitive to think who writes is qualified to do it and that an “expert” is a person or a group of people who know a subject in depth and perhaps have already published on the subject. Authoritativeness on the other hand, refers more to the value of the content itself and to the domain. Elements such as the number and quality of the links inserted or quotes from other sources deemed already reliable help to report the quality of a content to Google itself (for further information please refer to: Google and for italian readers Seozoom).

In short, the more you publish, the more popular you are… the more authoritative you are. Which leads directly to the equation of quality equals popularity.

The virtual world exceeds limits that the real world has that’s true, but with them, it sacrifices a part of originality, the typical one that comes from combining words and concepts very far from each other. Using different words not to mention that the greatest effort is made not towards the content itself, but to be accredited or deemed authoritative which greatly reduces the possibility that content of new and not yet considered authoritative creators can win the battle of popularity and spread original texts. If digital literature suffers from an endemic lack of originality, thousands of banal contents written in a banal way of pages and pages published to deceive the Google algorithm that who writes is an expert in that matter, we seem doomed to mediocrity, at least online.

Can we hope for a new digital native Shakespeare?

And if so with what features? Would he publish millions of articles and contents that actually no one will ever read entirely? Would he be ultra-specialized? Would he become Shakespeare because of his popularity? Or worse, would he become the greatest digital author because he repeats many simple concepts for minds that have become increasingly simple by reading things written in the same form imposed by SEO techniques?

Maybe not, or at least we hope so. One of the most famous and original films of all time is Stanley Kubrik’s Doctor Strangelove, whose subtitle reads “How I learned to stop worrying and love the bomb”. Released in 1964, it was an amusing satire in the middle of the Cold War that exorcised the danger of the atomic war through a new point of view: if the war really broke out what would happen? If the stylistic and creative impoverishment of the quality of the texts due to SEO techniques is our bomb, what will happen next? How do we get to stop worrying and love the bomb?

Let’s try a new point of view. As we know, grabbing the top positions on search engines is a continuous and exhausting battle and those who earn this position must always produce a lot of content to maintain it. Google after all, behaves like a sort of deus of Olympus with an uterine character that every day decides who to reward and who not and above all, because every day becomes smarter (as many believes), changes its mind continuously. And change generally leads, in a totally unconscious way, to a little creativity and something unexpected. Our new digital Shakespeare could be born and become famous not because he will be the author of thousands of lines on the same topic, but maybe he will be catapulted to the top of the positions on search engines by an algorithm in conflict with other algorithms.

As matter of fact it is too early to say what we are evolving towards and what will be considered in the future original, quality and creative. This article doesn’t wish to be exhaustive on the subject, on the contrary, only serves to make some consideration on the way of thinking and working those techniques impose us and how they affect our everyday life, as we take information and get used to reading them.

Finally, I would like to warn readers that this article is partly optimized for SEO, since it also contains dangerous words such as “bomb” that will sink this content in the last pages of Google. Or Google may think that putting together and repeating the words: Seo, Shakespeare, bomb and content creator is an effort of originality to reward, making me miraculously reassemble in the most coveted positions in the search pages on SEO or content creation.

To anyone who happens to read this article the last sentence.